I am trying to make every day count, I am a creative person who has ideas all the time, my problem is that I either don’t put things in to action, or I start something and just don’t finish them.

Two of my best friends.

I am at a time in life when I have to make the most of things. I accepted a long time ago I will never be really good at any one thing, but I would like to be reasonably good at a number of simple things. 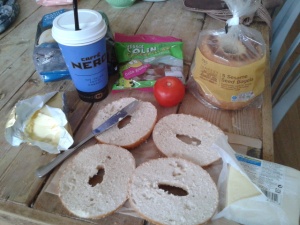 I was all set for the day.

My ideal job would be an Astronaut, which of course is never going to happen, but I can dream on. If I were to be asked what would I really like to do it would be to write. When I cleared out my flat a couple of years ago I came across note pad after note pad filled with badly written scribbled stories and ideas, I kept them all even though none of them will ever be used. I have a children’s story I wrote in 2014, I painted the pictures in 2015 and now it’s time to get it published. I want to make my mum proud. When I was in Tofo I was told about a publisher in Brighton looking for children’s stories, I have sent an e-mail off fingers crossed.

These could have won the Turner prize.

This week I have managed to get a job, from 4th April I will be working in the office in Croydon I worked in last year. I have to remember the reason why I am subjecting myself to this torture. This is so that I can return to Tofo in a few months. If I have a moment (which I will at some point) I will fondle the necklace made me out of Coconut shell to help me to remember Tofo, the Indian ocean and the amazing people that I know there.

As I said earlier it’s important to make the most of every day, I sadly know two people who never saw tomorrow. We know and expect that the sun will rise tomorrow, but there is no guarantee that we will actually see be there to see it.

Met up with Jessica for coffee and a chat.

Something I have learned in recent weeks is to tell people how you feel, not to bare grudges and treat people the way you want to be treated.

I have spent a lot of this week helping friends prepare for a funeral next week; it won’t be a sombre affair but a celebration of a wonderful long life. But it has got me thinking that I must not waste any more time. 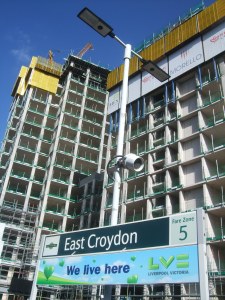 Travelled on lots of trains on Good Friday

In other news. Spent time at my sisters and babysat my nephew and niece. Caught up with a friend who sells the Big Issue, chatted about life and her 6 month old baby. Got crapped on by a bird, they say its good luck. MOZ misplaced a set of keys, we looked high and low it became a mystery for a few hours, they were found. Bought Easter eggs for little ones, they got eaten I had to buy more.

Two heads are better than one.