Its been a busy week, I travelled many thousands of miles from Inhambane Mozziebeak to Heathrow UK. I was due to stay in Tofo until end of May but due to the passing of a friend I came home to help support her family, my friends who I have known for 26 years. 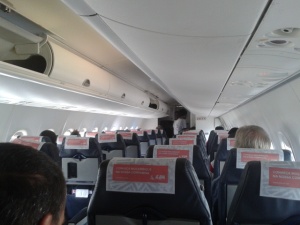 The journey home was relatively quick and easy I have done the trip a number of times so I know where to go. It was when I arrived in Joberg that i had time to kill, over 27 hours to be exact. I managed to book in to a hotel, after I was picked up at the airport I found that the hotel was only a few minutes from the terminal in fact right under the flight path. A very nice place the only thing missing was a proper fan as it was a little warm for me. On Sunday morning I spent time in reception using the Wi-Fi but by 1pm I had to move so the cab took me to the airport. I settled down for the long wait and watch classic Star Wars films. What better way to waste time in a major international airport, watch classic Star Wars.

The flight to London was via Cairo was quick; I settled back in my seat and watched lots of films. 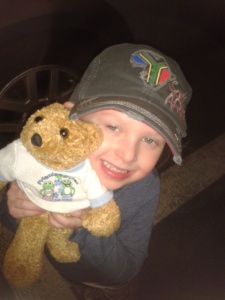 I was met at Heathrow by my sister and nephew and niece, there was part of me that couldn’t believe I was back. What brought me back to reality was the temperature, London was chilly less than 10c. The last few weeks in Tofo the temperature has been in the 30c’s up to 42c one day, London is the complete opposite. 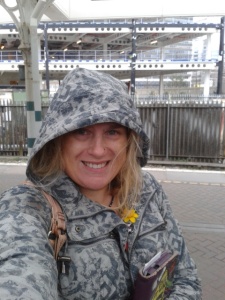 A little wrapped up.

On Tuesday after a good sleep I made my way on to Essex by train, I haven’t been on a train in 6 months. I do love a train I was brought up around them as my father worked on the railways. Yes I’m a train geek. London has a lot of building work going on there are buildings being demolished and new shiny sky scrapers springing up all over the place. 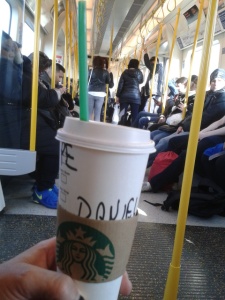 London has between 8 to 10 million people, the tube carries over a million people every day. I much prefer the small friendly population of Tofo. In Tofo everyone says “Hello”, they wave people are friendly. Here no one looks at you in fact everyone ignores each other. If I were to say hello to everyone and wave I would either be stabbed or locked up and considered a looney. Being in London I have to get used to a different style of live.

It was very sad to meet up with my best friend of over 2 decades and her brother. But It was good to see her, but my heart ached for them both. I’m here to help them as much as possible.

I wanted everything, and had to press every button.

I spent the next few days in Surrey and Essex. Playing with my nephew and niece and spending time helping my friend. I have mixed emotions at this time, one moment I’m running around playing with children the next I’m helping to dust and clean and support my friend. 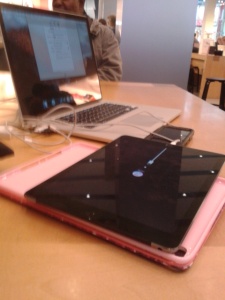 Only had the IPad 2 days and got locked out, waited ages in the Apple store.

I miss Tofo lots; I miss my friends, the dogs, the sea. I plan on being back in Africa in August after my sister has got married. Between now and then I need to get a job and work my ass off, I need to save as much as possible so that I can live a relaxed and comfortable life by the sea.

Who knows what the next few months will bring……