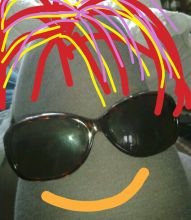 I really couldn’t think of what to write this week. I could moan about hating what I do Monday to Friday, about trying to find a seat on packed trains. I could moan about wishing I was in love.  No this week I want to talk about something much more in important, my nephews and niece. 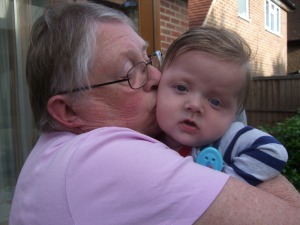 Anaia and Nico, Mum and Leo.

I have three nephews in no special order Leo, Jesse and Nico and one beautiful niece Anaia. I don’t have children and have never felt a loss or an empty feeling that I don’t have little ones of my own.  But these last 4 yrs I have had the time of my life.  The beauty of being an Aunty is I get to look after the kids for a few hours, a day or a night here and there and then hand them back to mum and dad afterwards.

Double trouble Anaia and me, Jesse being just handsome.

I have fed, changed nappies, played lots, jumped on trampolines, put to bed, read stories, bathed, help potty trained and wipe bums.  In a small way I have sampled all the amazing things that a parent does.  I don’t get to see all of them all as much as I would like, but I follow what there up to from info from their parents.  There are a couple I get to spend a huge amount of time with, in fact I’ve known my niece since day one.

Ohhhh visual effects, or are you drunk.

All of them have such a special place in my heart, whether I see them regularly or just now and then.  They make me feel young and want to carry on. I say that as everyday life appears to get tougher and I don’t mind admitting that I often give up in my heart and actually want to just really give up. But I can’t because there are little people that appear to like Aunty Dee Dee and want her to be around.  So when things are tough I try to remember the good things in life which include my little friends. When a four year old calls you her “best friend” and clings to you like a limpet I feel that makes everything worth it. 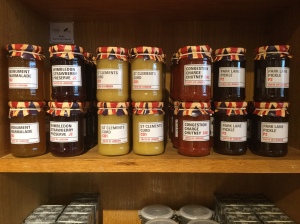 I want to be a hands on Aunty, I want the four of them to know that they can ask me anything anytime.  If they can’t speak to mummy and daddy and they can’t get hold of granny and granddad or there grandma then I will always be there for them.

Cake and Larger Shandy in town with a mate.

I really didn’t have much to say this week, but I burst with pride when I think and talk about the children. As I have said before I write this so that one day the little ones will read all about what they’re mad fat Aunty got up to when they were young.  They also might want to spend a few minutes of their very busy lives sitting with me while holding their nose due to the smell of my piss and poo while reading some of these adventures like I read to them before bed.

And now for something different…..

Do you ever have that feeling that everything is against you from the start. One morning I woke up with a shock and found the alarm was off and I was 15 minutes late.  I made the tube and got a seat, at Barking I thought I would change on to a fast British Rail train but found that was 7 mins away.  I managed to get back on the tube train that I had just vacated, but by now I had to stand.  Making it to the Jubilee line I got a surprise by getting a seat, I forced my way off the train and stood there on the platform a little confused while looking at the station name. I had got off one stop early.  Once again I managed to squeeze back on the train and travel to my correct station.  As I bounding up a flight of stairs at my final connection I could see my last train just chugging in, I had made it by the skin of my teeth and my constant stupidity. 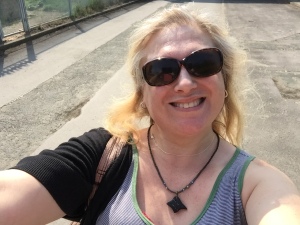 In deepest darkest Essex on a sunny day.

Last week I had a boil on my leg during the weekend, I lanced it myself, DIY medical treatment is not always a good idea.  Spending time in the sun in deepest darkest Essex with my mate which was slightly spoiled by an adult on a tiny (very small) motorbike (his feet were skimming the tarmac with his knees up by his chest) rushing along pavements and the road. I won’t lie I did think if he came off it would teach him a lession.  During the week I heard a colleague say while on the phone “Glad you have all the ducks in a row” that made me smile.  I had a squeaky mouse one day at a different desk.

Home made medical DIY, lance it yourself I did.

Possibly my fave picture of my niece ever from last year.