If I was asked what “DO” I really want to do with my life, I would have no hesitation in saying an Astronaut.  Ever since I was small I have wondered what it would be like to be weightless while looking back at the blue planet we call home.  Of course I know in reality I will never break the atmosphere and look down at the earth with my own eyes, but I still dream of it regularly.

Spent time in the attic this week.

When NASA advertises every couple of years for a new class of Astronaut I always have a look even though I know that there are two stumbling blocks. One, I’m not American and Two I’m not clever.  The European Space Agency (ESA) a few years were also looking for applications from people who wanted to apply to be astronauts. Yes I had a look, but enthusiasm is never going to be enough.  It’s a dream I will never achieve, unless I become rich enough to be a space tourist.

MOZ chatting to a friend in the local park, while I making friends with trees.

A couple of years ago I became a “Scuba Diving Professional” (that’s what PADI calls a Dive Master).  I have been diving for a number of years and in 2014 I stepped up and became a Dive Master.  I love being in the water, it feels so natural to be almost weightless (It’s the only way I will ever feel like that). Sitting in an office in London is definitely not a natural way to lead life.  Diving is something that even I feel I’m sort of a good at. The next step would be to become an instructor but that costs a couple of thousand pounds which I don’t have and will never find lying around behind the cushions of the sofa.  The idea of being an instructor is another dream; it’s a more achievable than being an astronaut.

I will be buying this soon.

Something that is possibly a little more practical is a writer.  I’ve been writing since the 80s, stored away I have note pad after note pad full of scribbles, short stories, half written novels and scripts none of which will ever be read by another living person.  I am actually a published cartoonist.  I had a couple of cartoons in a magazine in the early 90s and a regular cartoon strip in a small music magazine which ran for a couple of years.  I have all the originals safely stored away with all my Sci-Fi shit.  I remember going to HMV in Oxford Street to buy the magazine which would make my heart flutter slightly with a small amount of pride. 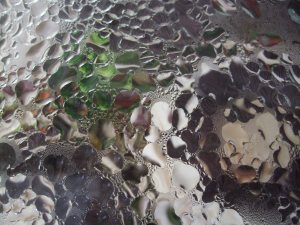 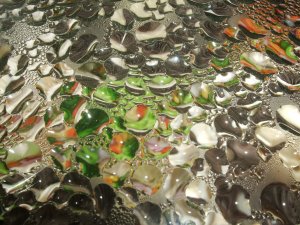 Not a stained glass window. Its condensation while mushrooms and veg cook.

But an actual writer is what I would really like to be.  I have a children’s story that I wrote a couple of years ago based on my adventures in Mozziebeak. Last year I painted all 14 pictures to illustrate the story, all I need to do now is work out how to add the words to the paintings.  There are always story ideas floating around my head bumping in to each other.   Will the children’s story ever see the light of day, I hope so. I would love to get it published as a physical book, however I do know writers who have gone down the e-publishing route, this may be what I have to do in the end.

At the moment during my lunch break I am writing two different short film scripts. I would love to have them made, but I’ve said that before and guess what….. “NOTHING”.  Maybe I could get others interested to help me, but as ever I am not going to promise anything, because I always disappointment myself. 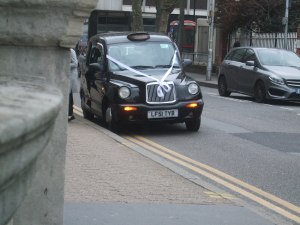 Covert filming of a wedding car outside work.

In conclusion, my dream is that one day I might be a published writer, I realise I will never be able to give up the normal everyday job.  Writing will probably only ever be considered a hobby, but I could be happy with that.  My life would really be complete if the day job was a Diving instructor or an Astronaut……. In my dreams then…

Juggling tablet, cup and bags all at the same time.

Getting annoyed when the adverts stick while watching TV programmes on my tablet travelling to work.  Sometimes after waiting they might carry on, but most of the time I had to restart the programme which meant I would have to watch the adverts again and again. Another problem is trying to hide the screen when watching something with a sex scene.  I don’t want fellow travellers thinking I’m strange, a pervert or worse. Had a fight with the photocopier at work trying to get a letter printed on letter headed paper, in the end I put a sheet in every tray, I didn’t let technology win. 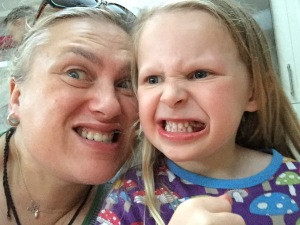 Who does the best Bruce Forsyth impression.