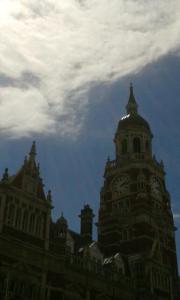 They is a saying “what goes around comes around”, the incident in this first paragraph has made MOZ and I laugh all week.  Going to Stratford for a Starbucks and a walk around the Olympic park on a sunny Saturday afternoon we arrived at the tube station and I was ready with my oyster card to pass through the ticket barrier.  I want to point out I got there first, a family appeared on the other side a moment after.  I put my card on the reader and the gates opened.  At the same time a girl from the family about 8 years old stepped forward directly in front of the gate. You can guess what happened next, the barrier opened and hit her on the nose; this is only when the mother stepped forward and moved her out of the way.  The mum indicated that I should pass and walk through; as I reached the stairs to the platform I could hear the little girl crying.  Yes it’s wrong and I know I’m going to hell for this but this really has made us chuckle this week.  I missed a great £250 “You’ve Been Framed” moment there.  Of course I felt for the little girl, but it was also not my fault, the mother really shouldn’t have let her stand in front of the gates like that. 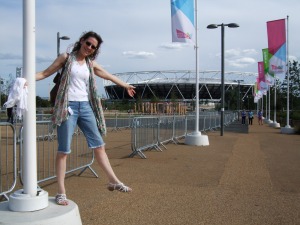 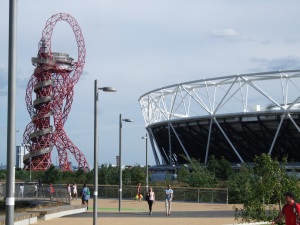 This is a big problem on the tube, I appear to become invisible.  It could be people just people just standing in the way chatting or taking up all the precious available space.  It’s not just me this is happening to; I know others who become invisible when there underground.  And this problem is spreading above ground while trying to navigate the busy pavements of London town, people just stop, or stand there blocking the way.  Invisibility in London is definitely a growing problem. 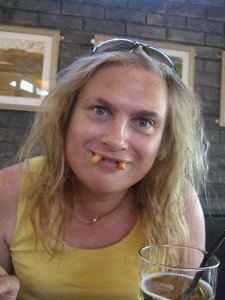 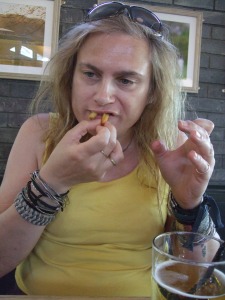 There has been a lot of alcohol this week.  Travelling on the tube there was a woman sitting opposite me minding her own business.  Until a man sat next to her with a large grin, humming and singing to himself.  The next thing I noticed he leaned over and asked the woman if she “wanted a cake” while showing her the contents of his bag, her face was a picture. The man soon forgot this disappointment as the alcohol continued to flow through his bloodstream.  He got off the train still humming, the woman was relieved I think. 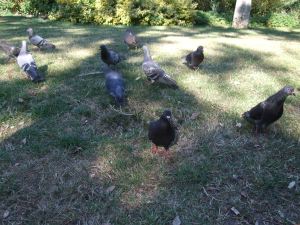 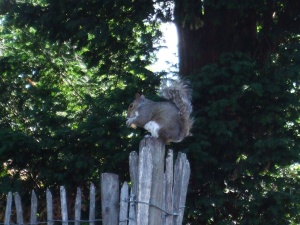 On Sunday afternoon MOZ and I were on our way to Regents Park to feel squirrels and pigeons, when we came across a man lying on the pavement.  I breathed a sigh of relieve when I saw an arm move.  That’s when I noticed an unopened beer can next to him.  I asked him if he was ok, he looked at me mumbled incoherently then rested his head back on the pavement as if it was a fluffy pillow.  It was a very hot day he was in direct sunlight if he had only stumbled a few more metres he would have been on grass in the local park.  As we walked away I felt I had to do something, so I rang 111 which is the non-emergency medical number. They couldn’t help and directed me to 101 which turned out to be the police non-emergency number.  By now I was on the tube I gave them a description and where he was, I hope that someone was sent out as I had this horrible image of him looking like a badly BBQ sausage lying out in the sun like that. 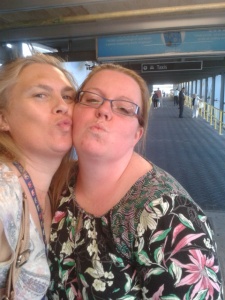 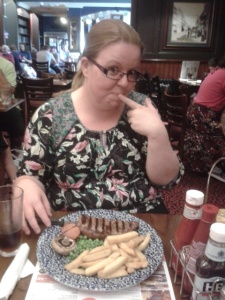 More alcohol flowed later in the week when I met with an old friend of my sisters and someone I have known since she was tiny.  I haven’t actually seen Claire in a very long time, we have got in contact a few years ago through Facebook (there is a reason for the internet then).  Had a lovely evening drinking and eating lovely food, it was Steak Club night, “first rule of Steak Club, just eat everything” .  We put the world to rights and talked about our busy life’s, I look forward to another session, who needs the UN when you have Claire. 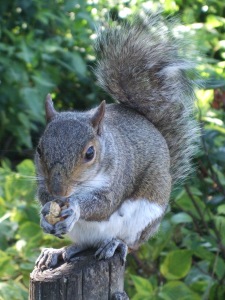 Show us your nuts….

As I said at the start of this ramble, I think I am a nice person and I care about my fellow humans and pigeons (and other animals of course).  I do believe in karma I try to be a responsible person and treat people the way I want to be treated. 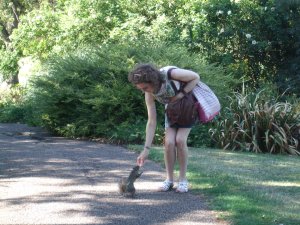 MOZ being mugged in Regents Park.

In other news this week.  Filled in 3 passport forms, I now have someone to sign my pictures. Been collecting Starbucks stamps for a free frappe. MOZ got mugged by a squirrel in Regents Park.  He just strolled up to her got up on hind legs and demanded feeding.  For the next few minutes MOZ was his best friend, was he would grab a monkey nut then climb onto a fence post to eat, only to return after he had finished his treat wanting more.  Word had got round quickly as others turned up for free food, MOZ was surrounded.  I was busy taking pictures of Pigeons and feeding them to help her.  See I said I was a nice person. 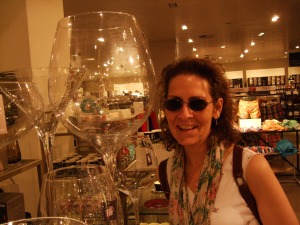 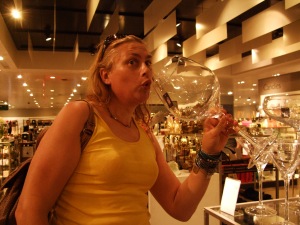