Misfits Mid-Life Crisis Adventures in East London (The NEXT Chapter).

I will never be rich, it would be nice to not have to worry about how and when the bills are going to be paid.  Even when working I couldn’t spend like it was water.  Since the end of August I have been signing getting a few quid every couple of weeks, which I add to the money I had saved from my pay packet, buts it’s not going to last long.

It was all too much for one actor, the very posh jazz club i spent a night in.

I could have easily got a job doing the kind of work that I have recently been involved with, but I felt that my mental health was more important.  It was an easy decision not to go back into an office environment.  I was fed up of being talked down to, being made to feel foolish and small by the public and management.  I’m one of the world’s saddo who wants the world to unrealistically love each other; this does mean however that I get walked all over.

Light reading between takes, at 3am it was getting chilly.

This last month I have been volunteering as an extra in film and TV, I use the word volunteer because I don’t get any money.  The days are long and usually involve a lot of time doing nothing, while the really important production people rush around doing things that matter.  I normally get sent a brief that tells me what to wear which takes into consideration things like when the scene is set.  It is then up to me to find an outfit and alternatives, the extra clothes are in case the wardrobe department are not keen on my main choice. 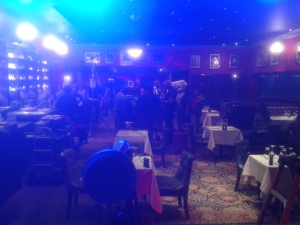 My view from a small stage, where i was feeding lines to the lead actor.  Look carefully you’ll see a mic was in front of me, and the camera and crew in the background.

I really enjoy watching the whole production process, which can look to others like a lot of people holding clip boards, wearing puffer jackets and listening to headphone while mumbling into microphone clipped to their puffer jackets.  Everyone is kept in their place by the director and/or the first assistant director who shouts over the general hubbub to keep conversation to a minimum while the next shot is lined up.  There is usually panic towards the end of the day when the whole production realise that they have to get so many shots completed before wrapping.

Going home from a night shoot as everyone was just waking up.

It’s all very well that I am learning and enjoying myself, but I need to make some money.  I have been applying for every casting i’m applicable for and maybe one or two I’m probably not suitable for.  Every now and then I find the background artist Holy Grail, a paid gig.  I hope that the productions I have been involved with will lead to something paid.  In the mean time I might have to go back into an office sitting on my arse for 8hrs, day 5 days a week.  That kind of job would be more bearable I feel if I knew that every now and then I will be enveloped in a totally creative atmosphere.

And now for something completely different. 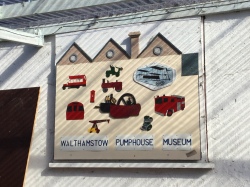 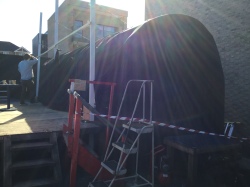 There not trying to keep the carriage warm, its covered up to pretend its in a tunnel.

Spent a couple of days sitting on a Victoria line tube train, don’t worry the delays are not that bad. This was an old carriage preserved at a museum; I was taking part in a short film.  I love a train, especially a tube train so I really did enjoy looking around this old work horse of London Underground.  I wanted to pull the passenger alarm, but thought against it just in case it did make a noise interrupting filming.  Met a number of people that I have worked with a couple of times over the last few weeks, so nice to see happy smiles all day long not something you normally see on a tube train.

My outfit, and a lot of waiting around until its time for action.

Rushing there on the first day after contending with another train strike, plus normal London delays meant that I hurried to the location in E17 while looking at my map on my phone.  Yes I was one of those annoying people walking around while staring at a small illuminated device and not really taking any notice of other people or traffic.

Sanya the wardrobe mistress.  The museum cat, who was getting an overdose of loving from cast and crew.

It really was strange going home on the tube after spending two days sat in one pretending it was moving.  The director indicated which way they wanted you to move/jolt in order to simulate that the train moving.  To give the effect more realism the background was moved, this messed with my brain because you really felt that the train was moving through a tunnel.  Even though you knew you were stationary in East London. 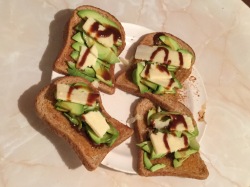 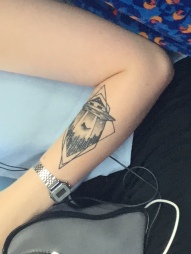 Random tattoo of the week. Spotted on a real tube train.

A lovely young guy on set said he liked my pad.  My pad of note paper and pen I carry around to make notes for this very blog.  I’m just so retro, am I cool finally.