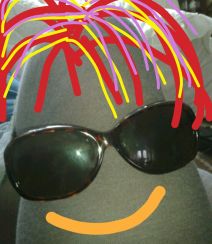 The start of this week (last weekend) was very hot, maybe not as hot as Mozziebeak but it was enough to break out the flip flops and the sun cream. The temperature decreased over the course of the week which meant that others started to cover up, not me as I am always warm and dressed for summer all year round. 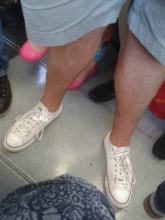 A lot of pasty flesh was on show early this week.

The sun only has to show its face for a moment and all over a large amount of pale flesh appears on every street, skin that has not seen the light of day since last summer. My best friend and I like to play a game during this time of the year we call it “Oh, you really should not be wearing that”. I realise that I am a contestant in other people’s version of the same game. 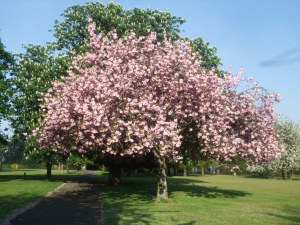 The weeks really do pass quickly, I know it’s a clichés but it’s true. Next week is the 100th week that I have been writing this blog. I have stated this before that there are two main reasons for writing these. One, my very young Nephews and Niece will be able to read about what they’re mad fat old aunty got up to when they were small. The other reason is when I’m sitting in a care home, dribbling and wetting myself staring blankly at daytime TV not knowing who I am or where I am or even what a TV is. Hopefully someone might be able to read these blogs which might spark a happy memory. 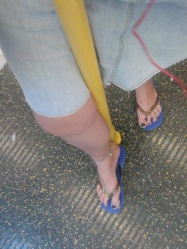 Its flip flop weather for me no matter what the temp.

Over the last 99 weeks I have done a lot. In May 2014 I packed my life away, giving a huge amount of stuff I didn’t want to charity shops. I also did a number of car boot sales, I didn’t find selling my shit difficult it was the haggling I couldn’t do I must have lost a lot of money due to a lack of confidence. The rest of my belongings all my sic-fi collection and personal things were packed in to storage which is still costing me a lot of money every month. 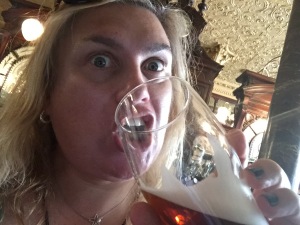 Really enjoyed the Target Doctor Who Art Exhibition I went to see, oh and the number of pints after as well.

From June 2014 until March 2015 I lived in Mozziebeak I got to work at a dive centre and qualified as a Dive Master, I even helped run the dive shop when the managers and bosses were away. At night I would look up at a beautifully clear sky filled with more stars than I had ever seen. I got used to regular power cuts, water shortages and a general lack of mod cons. 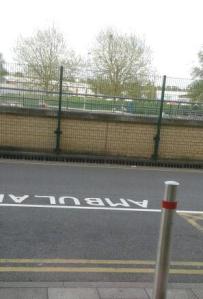 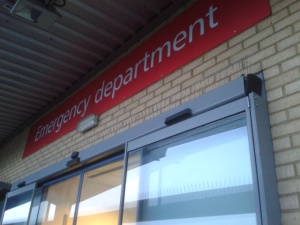 Took MOZ to hospital after her fall this week, she was glued together.

On my return to the UK I lived with family, cycled every day and worked in an office in South London doing a job I hated.

MOZ and friend in the local park, one of them is nuts for a monkey nut.

I returned to Tofo in September 2015 my lasting memory of leaving the country is my sister doing a mini fist pump in her car when the new Labour leader was announced on the radio. Diving in the Indian Ocean was an adventure every time even when the viability was as bad as diving in a gravel lake in the UK. However, most of the time the viability was just spectacular all around. I got to snorkel, swim and scuba dive with a range wonderfully huge creatures such as Humpback Whales, Manta rays, Whale sharks and Dolphins. But it’s the smaller inhabitants such as Nudibranchs, Sea Apples, Morays, Sea Cucumbers or a Starfish going for a slow walk across the sand that made my heart swell. I would especially excited when I saw an Octopus, Squid or dived in amongst a Jellyfish bloom. 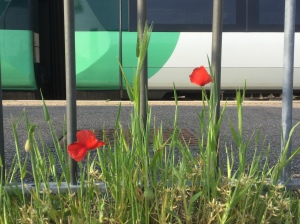 I would commute to the dive shop daily walking along a beautiful deserted beach with only the odd fisherman and a large number of crabs doing crabby things to disturb me. I would paddle in the warm Indian Ocean as it lapped against the sand, I was such a happy person. Since I came back to the UK in March 2016 I now travel to work on a number of trains and tubes trying not to get squashed in a corner on the wrong side of the train while looking for a spare seat. I think you can guess which commute I prefer.

I was bored at work.

My time in London is temporary, I only intend on being here until I have enough money to return to the little paradise that is Tofo in Mozziebeak beside the sparkling Indian Ocean. If anyone wants to help contribute in allowing me to return sooner please contact me…..

Who wouldn’t go to bed then.

Watching a crane at the top of a multi coloured tower block swinging around and lowering a tiny gondolier over the edge is strangely therapeutic. I bought some plimsolls for £9.99 but I had to return them which cost me £8.55. I really should have just given them to someone who is homeless. Babysat my Nephew and Niece both of which wouldn’t go to sleep, I’d like to think it was they wanted to be with me however I suspect they missed mum and dad. MOZ dreamt about knees with a beard, she really should stop eating cheese at night.