Posted on September 5, 2015 by misfitscully

This week has been a busy one. I finished work at Croydon Council, I didn’t really enjoy the job and hated the phones, but I got used to it. The people on my bank of desks, Jill, Colin, Donna, Caroline, Glenn and Debbie plus Rogers, Eileen and Mary and others made life easy. 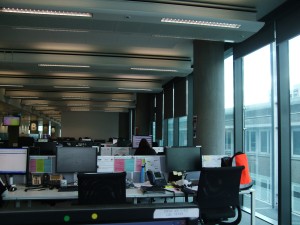 In honour of “dress down Friday” I wore my denim skirt today it’s become tradition. The first few months on the job really were not easy, I know my Council Tax but being on the phones all the time was not fun. At 8.45am I would get nervous and watch the clock until 9am when the lines opened that’s when hell opened up. The lines used to close at 5pm, however they recently changed to 4pm and as a result I would get in as early as possible so I could leave as soon after 4pm. I’m going to miss the 30.2 mile cycle I would do 3 to 4 times a week, the hills were a bugger but I did enjoy it while listening to the radio dodging cars and lorries. 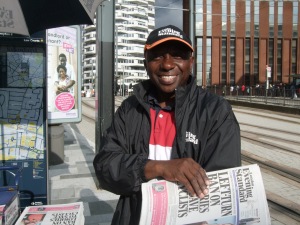 My last day was Tuesday because Monday was a bank holiday, for once I didn’t care about stats, how many calls I took or how long they were. I was there for nearly 6 months; the 5th floor became a temporary home that I really got used to. I wonder if it’s safe to vent all the CT knowledge from my noggin, but then “never say never” I suppose.

I was busy during my last day at work.

I have been busy painting and have finally completed all the pictures for the children’s story. There not great, they look like an infant has painted them by rubbing a full nappy over the paper but it’s the best I can do. Next I need to get the text on to them, not sure how I’m doing that. I have 2 more stories on the go but they will have to wait now until I return to Mozziebeak. I am taking my paints and brushes with me not just for the stories but to paint Tofo and what I see around me.

Tooks bags of old clothes to a local charity shop, going up and down the high street looking like so strange black bag lady.

In this final week I need to revisit my storage and pay up front for 6 months. I have handed a list of my sci-fi shit to a local comic shop not heard anything as yet, fingers crossed. I want to visit Spike the Cat, see Moira chat to mum and my sister Hel. Most important is spending time with Anaia and Jesse, I picked them up from nursery on Thursday Jesse came running up to me and Anaia had been telling people how I’m her best friend. I can’t thank SAZ and Tim so much for the last 6 months I will never fully be able to thank them. 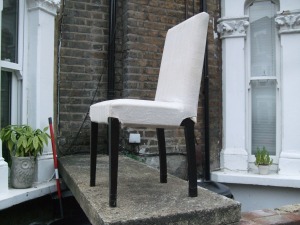 Is this modern art, West London on left, Surrey on right.

I have been asked a number of times recently what my future holds. I can honestly say I have no idea, is that good for a nearly 47 years old to say. 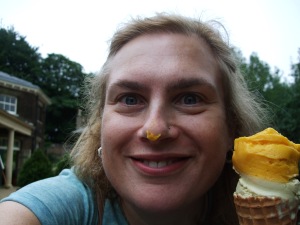 Celeb spotting’s of the week saw Lorraine Asbourne on the phone in the rain on the South bank. While looking for Kenwood House (needing the loo) MOZ and I stumbled across a man in a pink shirt in the woods on Hampstead Heath walking his dog. He heard us talking and pointed us in the right direction. I knew his voice, it was Terry Jones from Monty Python a hero of mine, I looked at him said ”thank you” and “I was a huge fan”, he smiled and carried on with his walk, we reached the loos. 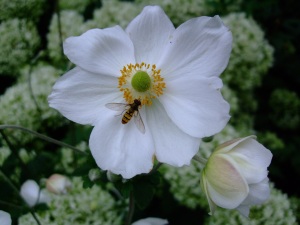 A flower in the secret garden and a Kenwood Rat.

In other news….. Eating ice cream at Kenwood having a problem with a wasp who wanted us to share, got shown a “secret garden” (it’s not really) at Kenwood and told stories by a member of staff about Rowen Atkinson, Sara Cox and Nick Grimshaw and the woman who plays the wife in “Doc Martin”. A Cat annoying a group of Jackdaws and Magpies. Seeing a lot of damp people who had been to Notting Hill Carnival. Drinking wine in a sports bottle secretly. Buying a lot of cake to say goodbye to Croydon. Went to White City to see the mess that is BBC Television Centre a building I have such fond happy memories off. Got my Mozziebeak visa.

This week I have mainly been listening to: “Morrissey”, “Smiths”, “Wolf Alice”, Fat Boy Slim”, “Catfish and the Bottlemen”, Everything Everything”, Florence and the Machine”, “Cornershop”, “M.I.A”, “Strokes”.