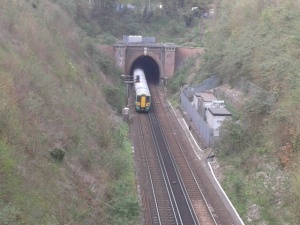 I don’t like a hot seat, and I don’t mean the hot seat of a TV quiz show. I think that kind of hot seat would be fun with the buzz and excitement of the lights and cameras.  Then Dale (Winton) asks me a question about classical Greek mythology that’s when I’d start to regret applying and the last thing I would remember would be slipping off the stool and ending up a crumpled heap behind the cheap ply wood desk. No not that kind of hot seat.  I’m talking about a seat that someone has recently vacated normally on the train; when I plant my large lardy ass on it I can feel the left over warmth from there bottom through my clothes.

A warm Saturday in North London.

Normally travelling to work I spent a lot of it standing in a corner listening to the radio or watching or reading my kindle, trying to position it in such a way that I don’t see my ugly mug on the screen (due to the reflectiveness of the glass).  At each station stop everyone starts looking around, trying to do it in a cool way as if they don’t care that there still standing after 3 stops.  But everyone is scanning the seats around them, is someone gathering their belongings are there signs that there about to vacate a seat.  Once a seat near you looks like it’s about to become empty that’s when the shuffle around the carriage starts, everyone standing is trying to get into position because they want that seat.  This is a well-choreographed dance as someone moves one way there passed by another person squeezing themselves past in the opposite direction. If I manage to win the prize the seat, I can feel the hate from my fellow passengers as they imagine throwing me out of the seat and off the train.  Thank the maker; people don’t have the ability to shoot laser beams from their eyes, just imagine how bloody commuter trains could be.

There’s something I don’t like about sitting down and feeling the warmth from the previous occupant’s bottom.  It’s a subconscious thing, it’s a bottom thing.  There wearing clothes, I’m wearing clothes so it’s not like our bottoms have actually touched the seat.  Of course the condition of the actual seat is not always good, but a seats a seat.  So the warmth from another person’s bottom really shouldn’t make any difference. 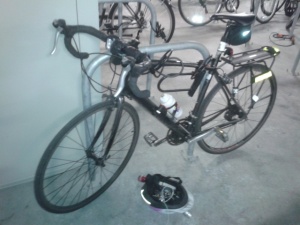 In London there is a bicycle hire scheme (the bikes are commonly known as Boris bikes after the Major of London, BoJo the clown sorry, Boris Johnson).  You hire a bike for duration of time; they certainly appear to be popular. However I wouldn’t want to use one unless I had a packet of wet wipes with me.  A couple of years ago I was in London and witnessed a couple of hundred people celebrating “World Naked Cyclist day”.  Every type of bicycle was in the procession including Boris Bikes.  Yes naked bottoms were rubbing against the cheap vinyl of the bicycle seat of a Bojo bike.  It was a hilarious sight, just not pretty. 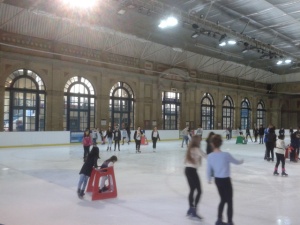 There is also “go to work in your pants day” when I was in Mozziebeak I saw on the BBC website pictures of people on the Tube travelling in their pants, of course these pictures were of good looking models in underwear.  They didn’t show you ordinary Mr and Mrs Joe Public rushing around the Underground in their undies.  I hope that the 07.40 to London Victoria has never had a naked bottom rubbing against the slightly grubby manmade fibres of the seat, even the thought of someone in their pants sitting on a train seat is not appealing. 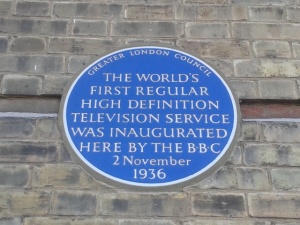 I’m just going to have to zone out when I next sit in a seat that’s just been vacated and concentrate on something else as the warmth from there bottom disappears.

The madness that is London.

End of another week. Went ice skating last Saturday in North London at the beautiful Ally Pally with MOZ, we didn’t fall over (yeah).  Busy week at work trying to ignore toothache (boo hiss) originally I has an appointment for a week’s time, but I now have one on Friday (hooray).  Got A3 paper so can start the painting for the children’s story. I have started to cycle to work, a long ride of just over an hour but still enjoyable.