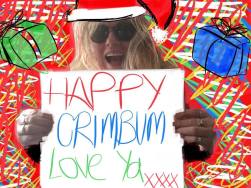 Happy Crimbum, I hope you ate, drank as much as I did.  At the time of writing this my body weight has surpassed that of a herd of baby elephant on a playdate. 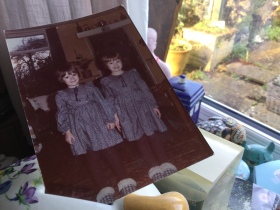 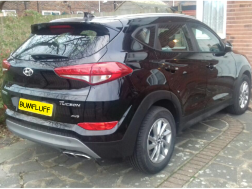 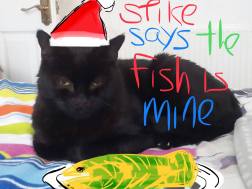 “Honorary Gimli, such a massive machine.  And picture of Spike i got on Crimbum day, he really looked like that, honest”.

For the last few months with the help of “Aunty MOZ” I have been gathering prezzies for my rabble.  Last week huge gift bags were filled one for each of my 3 nephews and 1 niece. Early Boxing Day morning i was ready to make my way “up north”.  This year’s hire car is huge no one will mess with me.  I was about to leave when it was pointed out that I had forgotten the largest gift bags in the world. 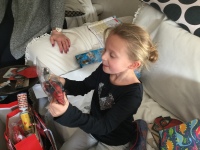 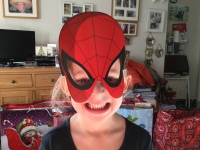 “Aunty MOZ” saved the day yet again, and I can report that family munchkins loved everything they unwrapped with great excitement. 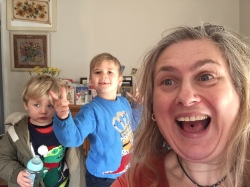 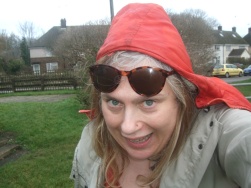 “I tried to be as cool as “Da Vinci” and “Toothless” but i failed.

On Boxing Day evening while the kids were distracted by plastic excess and food.  A small group consisting of sister and husband, brother and wife along with myself managed to escape mums bungalow ducking and diving past windows hoping that young eyes didn’t see us.  A huge “THANK YOU” to “Grandma” and “Aunty H” for your sterling job of entertaining 4 little people.

“We should do this more than once a year”.

The group of escapees were spending the night in a local village hotel (both sets of parents love their kids, but you could see the happiness in their eyes that for one night only “they were FREE”).  Before we hit our rooms a number of drinks were consumed in a pub across the road. We chatted while timing how long men took to go in and out of the loo (that’s not strange is it) while in the background we were serenaded by cheesy music.  The atmosphere changed completely when “Benny Hill’s” dulcet tone were heard singing his 1971 classic, “Ernie (The fastest milkman in the West)”.  I enjoy a comedy tunes like the next festive drunk, but this didn’t feel right on Boxing Day.  This tune helped us decide it was time to stagger across the road to our waiting comfortable rooms. 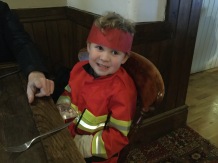 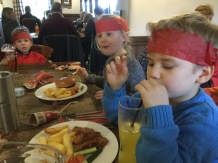 “These little ones know how to party”.

While preparing to leave, finishing drinks and timing family members going to the loo. This was when the decent indie tunes started to be heard, had this been a ploy by “local people” to get rid of this group of strangers. I’m just glad they didn’t start playing “Black Lace, The  Greatest Crimbum Party Album Of All Time” that really would have ruined the holiday season.

Oh for information, one of our group were very quick in and out of the loo….. 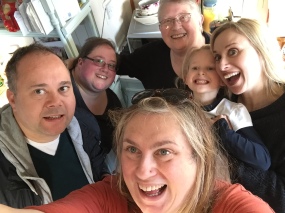 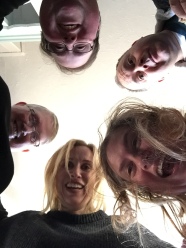 “Wishing friends up north and down south a happy holiday”.

On Thursday, the day after Boxing Day (keep up, it’s getting complicated I know) I woke up to snow all over the beautiful Northamptonshire countryside.  During the previous night’s escape from “Grandma” house and “Benny Hill” all that was falling from the sky was rain. 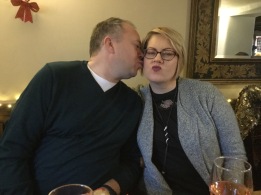 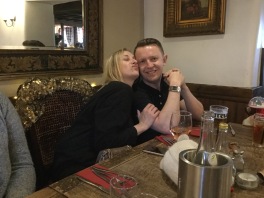 My only complaint about the village hotel was lack of lighting in the carpark; a number of us got very wet feet stepping in potholes.  My room was huge (later I found out it was bigger than my sister and her hubbys room) no complaints about the accommodation.  All the treats and everything in the mini bar were “MINE”. The sign made it clear that everything was complimentary, which of course is Bollx you pay for it in the price.  As you would expect of course i cleared the mini bar and everything else; I knew there was a reason for a large car.  The TV channel package was not impressive, flicking through them all I didn’t find anything of interest. One strange combination was a number of religious channels very near a couple of dodger cheap porn ones.  The type where a woman wiggles a phone at the camera and mouths “ring me”.

“And the winner of the Northamptonshire lavvy chase was……”

The change of weather messed up my plans; as I had planned on staying most of the day with “Grandma” and “Aunty H”.  I’ll drive in any weather but I don’t like snow and ice, however because the tank, sorry car was weighty about the same as a decent sized “Saturnian” moon like “Loge” I knew I would be safe on the motorways.  It’s the local roads for “local people” which are scary.  Once everything was packed and goodbyes said i hit the road. 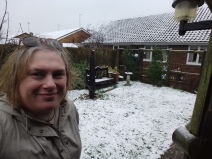 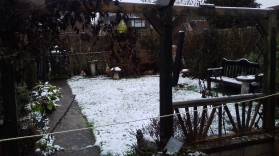 Two and a half hours later I breathed a sigh of relief as everything was unpacked at home.  This was when I discovered that “Grandma” really had been busy on Boxing day as she hadn’t unwrap any of the shiz I had got her and I had brought it back.  Don’t worry I’ll be visiting her in late January.  I’ll lock the door, “Grandma” won’t escape, it’s my continuing mission to fill up her bungalow with more shiz.

“Everyone wrapped up warm, ready for the trip home”.

Quotes of the week. 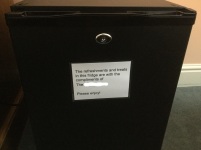 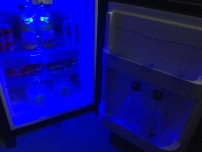 “On my own in a hotel room, i still know how to have fun”.

“I hate life” (Said by a 5 yr old with despair because she couldn’t get a toy to work).

“The bodies were under the mattress, we had been walking all over them all night” part of an interesting and one of a number of story from an old fireman. 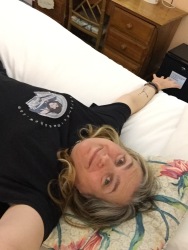 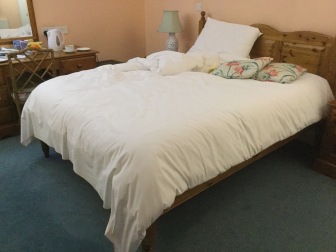 One of the highlights of this week was speaking to the great “Nick Abbot” on LBC twice during one show as part of his “A to Z of 2017”. 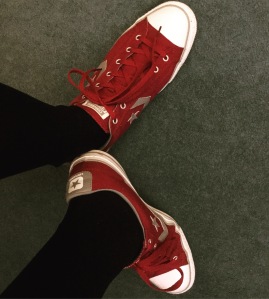 This week will also be remembered for “Shallotgate“, yes i had two Shallots during one meal, which didn’t seem strange.  Until i noticed “Aunty MOZ” rummaging around her plate, it seems i wasn’t supposed to have two….. oops. 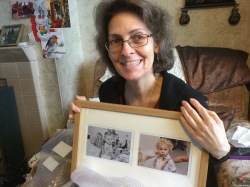 This week I have mainly been watching: